We wanted a way to keep track of which boats had sat the longest and needed to go kayaking/canoeing/sailing/motorboating/standuppaddling or needed maintenance/restoration. So we cut up some redwood and made a Marine Traffic Control strip board. The boats listed above SBR need work before they go back in the water, and of those listed the one at the top has sat the longest. The boat at the very bottom is the one that went out the most recent, so whatever rises to the top below the SBR strip goes out next. 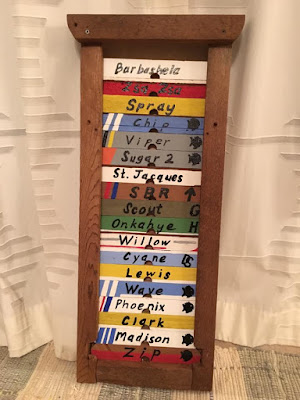 Some would say we are "boat struck."

Change Update: SBR strip removed, boats at bottom are in the restoration queue. Boat at top has been out most recent. Boat at bottom has been in the Shack or Carriage House the longest, possibly decades in the case of CHIP, SMEDLEY and ZSA ZSA.
Added 2017 Penobscot 14 ST. JACQUES in May 2017.
Added 1979 Drascombe Dabber VICTORY and 1965 Alcort Catfish SMEDLEY in November 2017.
SPRAY renamed WINNIE.
Returned BARBASHELA to Beauvoir Museum.
VIPER out for sea trials with new owner on 06 Jan 2018. 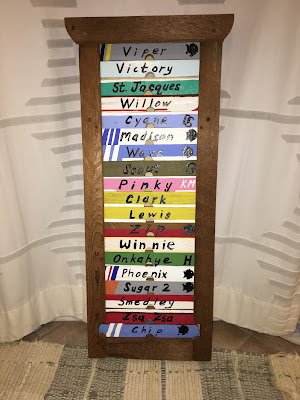 Updated the Marine Traffic Control Board, used to keep track of which boat has sat the longest, dropped to the bottom of the board and needs to go out.

WILLOW, LEWIS, CLARK and SCOUT got to splash today. PHOENIX due for sea trials. 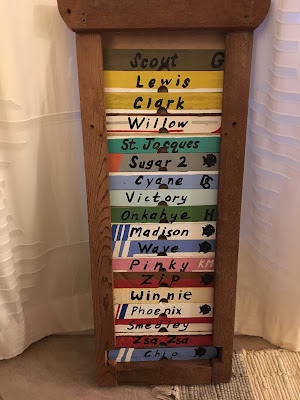 We found a 1979 Drascombe Dabber and restored her, named her VICTORY. She was a fun little boat and found new Skippers in North Carolina. 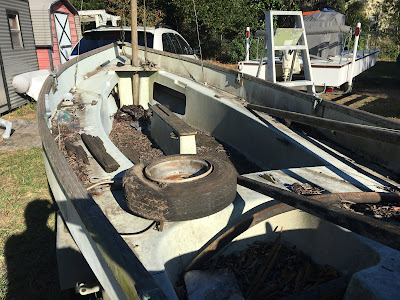 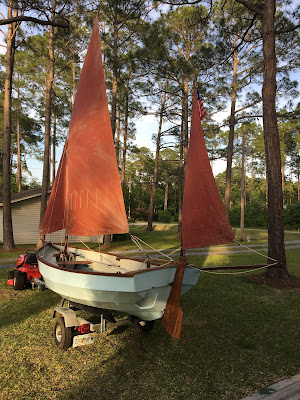 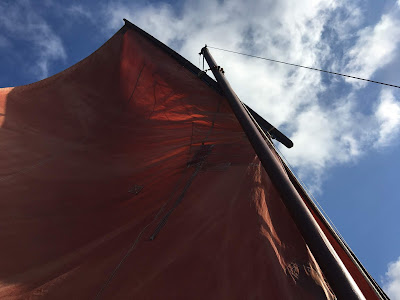 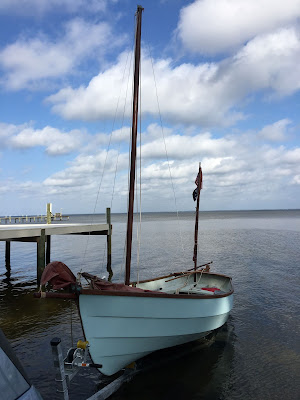 Our little Alcort Catfish SMEDLEY finished and out for Sea Trials. 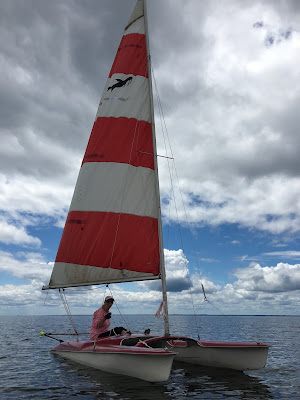 Sugar off to new owners! She was called SUGAR 2 at first but she got a different paint scheme and we shortened her name to SUGAR. 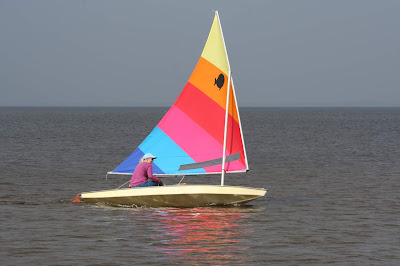 BOOMER was found locally and we repainted her in US Navy VT-27 Training Squadron colors. We called her SUGAR 2 for a bit but she got a different paint scheme than Capn Jack's S-2F scheme. She has a new Skipper in Alabama. I think Skipper is secretly storing boats all around the country... 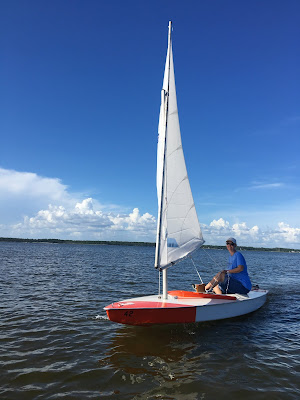 The boat that has been on the hard the longest is at the bottom, once it goes out its strip goes to the top. The upside down boats are down for maintenance, or being built. 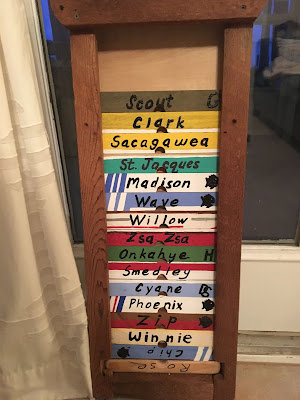 The Pelican 10 kayaks went out a few days back, SACAGAWEA (formerly LEWIS) and CLARK, so we updated the Marine Traffic Control Board, our tracking device. 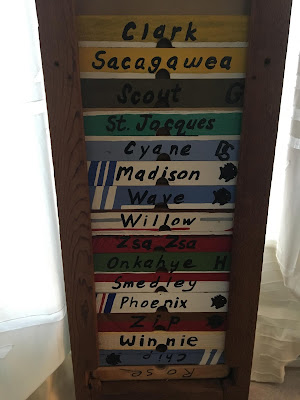 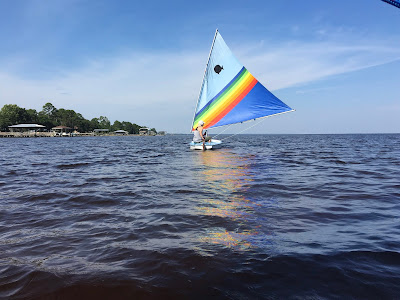 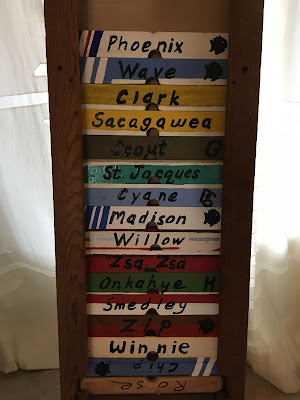 SCOUT went out for a paddle, light winds, hot. 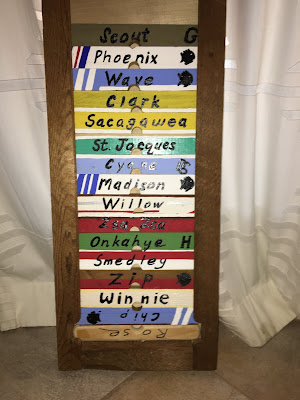 SACAGAWEA and CLARK went out, then SCOUT went out for Sea Trials for the yawl rig. 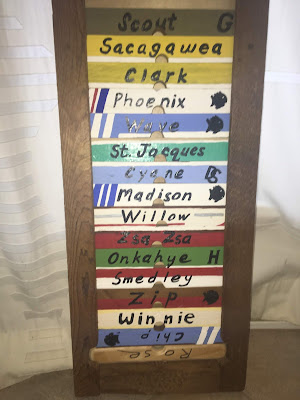 We reviewed some plans that will help develop scantlings for the Pascagoula Catboat MARGARET ROSE. 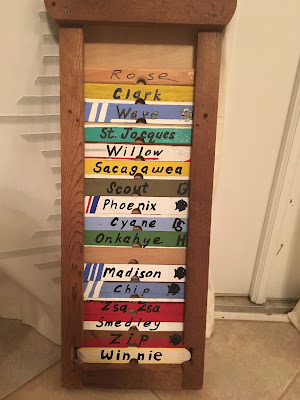