Maybe We Should Change Our Name To Small Marine Construction and Landscaping...

Hurricane Sally did a number on our pier, seawall and our yard. In the whole scheme of things, non-essential but as property owners we like to protect our investment by keeping things in order. We spent about 2 weeks cleaning things up, vegetative debris, broken pier and dock parts from across the bay and starting to reassemble the seawall and pier.

Skipper lost her beer keg burn barrel to storm surge, so we sourced a new fire pit from Lowes. Felt good to burn a little of the yard debris. 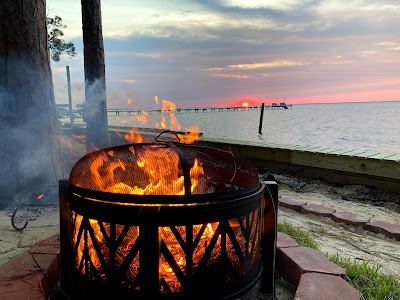 Here's a shot of some of the damage to PHOENIX.  Boat repairs will be slow in coming, but we are beginning to gather parts and materials. 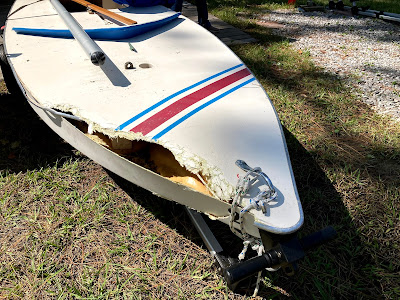 All repairs suspended as we were in the cone for Hurricane Delta for a few days. We expected some storm surge and tropical storm winds, so we loaded as many boats as we could into the Carriage House, still room for the canoe and kayaks if Delta gets closer. 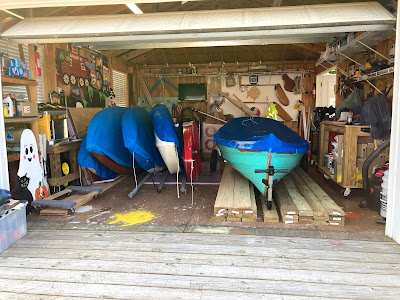 Lowered the mast on the Catfish SMEDLEY and mover her into the front yard, WILLOW got moved also, so it's Boatapalooza up front now. WAVE and PHOENIX on the Wheel Deck. 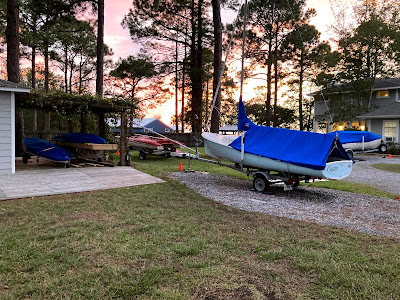 We put a small slatted cap on top of the seawall to help dissipate wave energy, it was tested out this morning with 2 feet of surge from Delta on top of high tide, with 18 mph wind driven waves from the West. The splash zone on the yard side of the seawall filled up but there were no waves crashing down to redistribute yard bits. 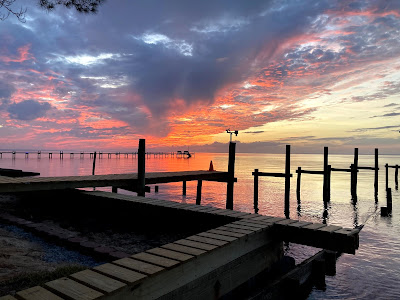 Our anole buddy Henry helps us with pier work, he hung out in the cone for a few days. 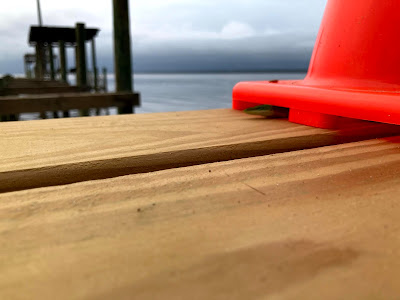 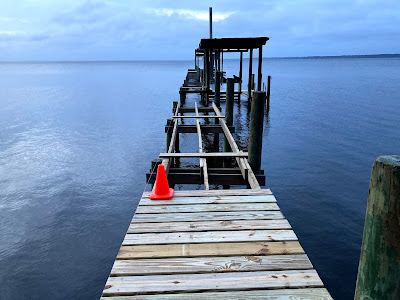 Finished the seawall cap, realigned the border stones and put in fence posts and new fence panels. Sand, dirt and sod are on the list now to replace some divots. 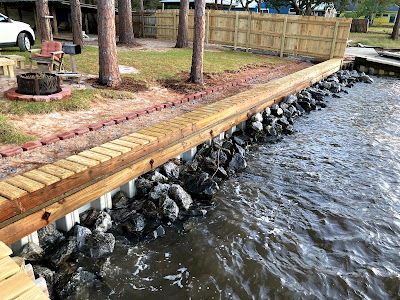 Skipper salvaged some bay lumber and we made carpenter's trestles out of some of the pieces. They come in handy as boat stands, benches and plant stands. 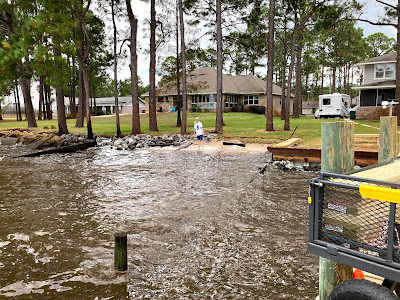 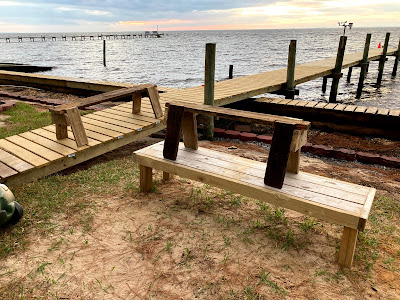 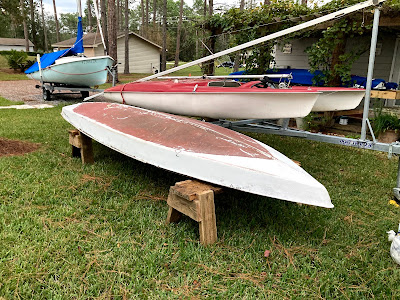 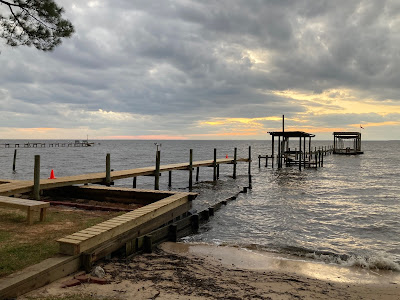