19 May 20: The wooden Sunfish was introduced by ALCORT Sailboats, INC. around 1953, factory boats and kits were built until the late 1960s. We have been given permission to develop plans and drawings for the hull, and to build a replica from Laser Performance (LP), who owns the trademark to the Sunfish name and logo. LP builds the modern day fiberglass Sunfish, with over 400,000 built to date by ALCORT, AMF, Loveless and DeGarmo, Pearson and Vanguard. 1953 ALCORT Sunfish ZIP and Skipper, 2013. 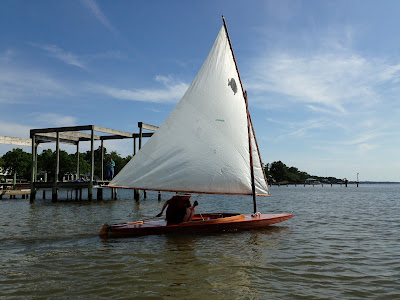 Plans will be developed along the lines of the ALCORT Super Sailfish plans, which are available in the SunfishSailor io.group. 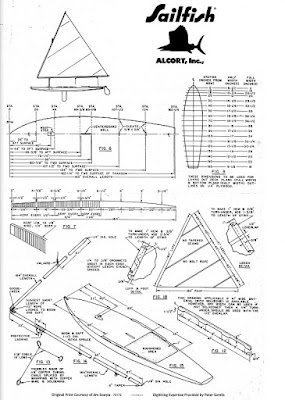 We took a lot of measurements from our two wooden Sunfish ZIP and CHIP during their restorations, and finally sat down to put mechanical pencil to graph paper. 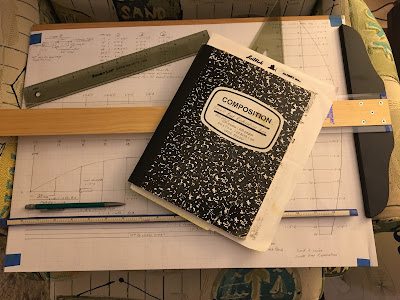 We are developing plans and patterns for the original wooden Sunfish hull, using the plans for the ALCORT Super Sailfish as a guide. 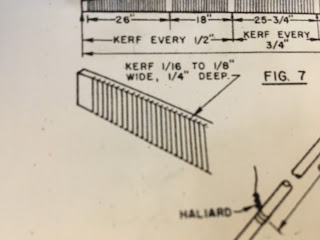 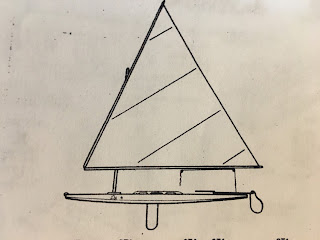 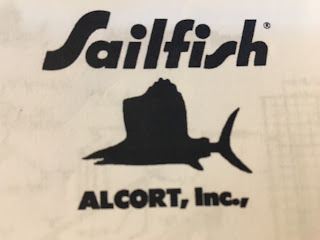 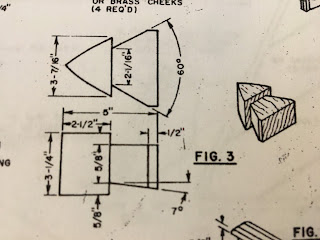 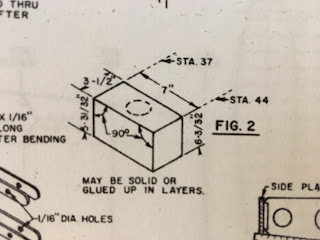 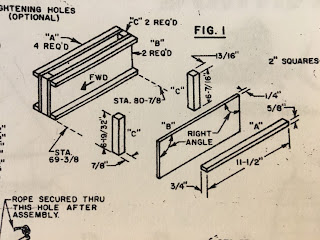 Should be an interesting experience!
31 May 20:

While ZIP was in for repair we pulled full size patterns for the deck. Used pattern plywood. 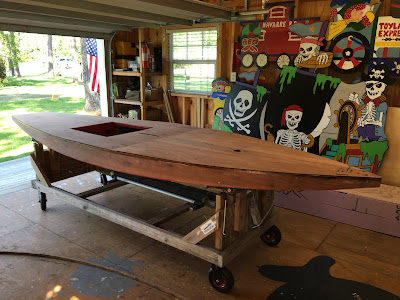 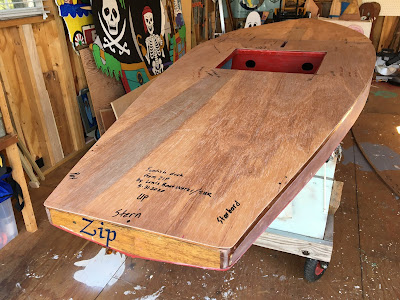 11 May 22:
As we begin to resurface after our recent move, interest is peaking in the wooden Alcort Sunfish plans. I am starting to make a pile of reference material that will be used to develop the plans. We will use drawings similar to those found on vintage Sunfish and Sailfish plans.
Note: These measurements are not for a Sunfish, but the frame design is similar. 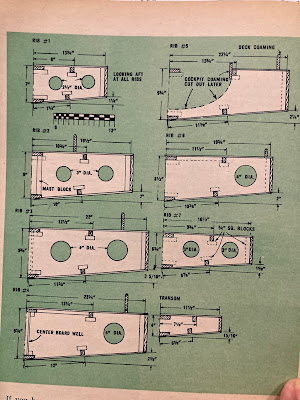 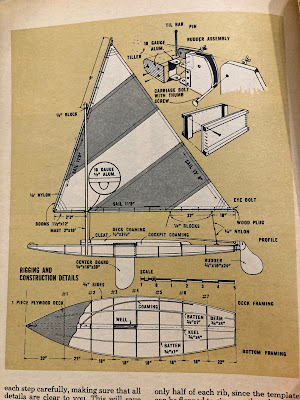 All the info needed for the wooden Alcort Sunfish is right here, it just needs to be transferred to paper in a legible and understandable format. 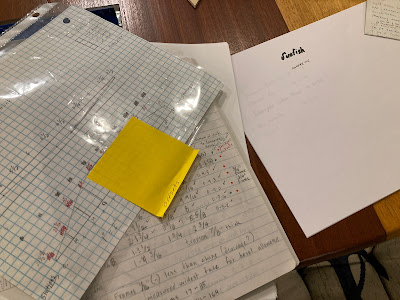 These are from the 2 page Super Sailfish plans. I'll use the same format, put in wooden Alcort Sunfish numbers, and also enlarge each component so a magnifying glass will not be needed to read the measurements...as time is carved out from multiple other competing projects... 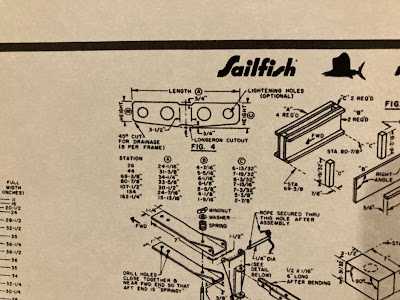 Here are measurements for the new style rudder (1971 and later). The boat sails better with this rudder than the original tiny blade. I'd suggest you make this while waiting for hull measurements. 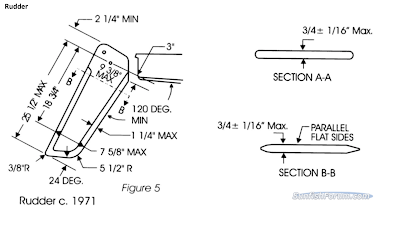 Here are the vintage rudder and daggerboard specs, if you must. But the boat sails better with a 39 inch daggerboard and new style rudder shape (1971 and later). So make both :) 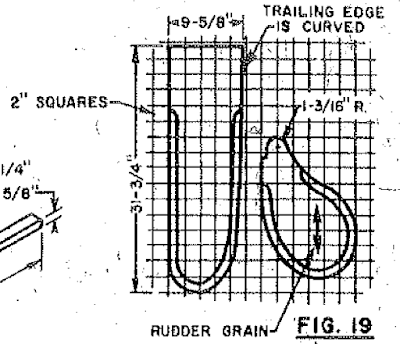 ...to be continued...
Sunfish name and logo trademark by Laser Performance
New Sunfish