Capn Jack is Skipper's Dad, she grew up with a garage full of boat parts, varnish, sawdust and paint and a yard filled with a variety of boats over the years. Skipper and her brothers shared a love of boating with him, and they have been messing about in boats since the 1970s. We have not singled out Capn Jack until now, but this blog is basically a story of the love of small boats that Capn Jack shared with all of us. We started the blog in 2013, and begin this page today to add tribute stories to the Capn, who recently crossed the bar. We will continue the pursuit and follow his orders to "Just keep pushing the fun button." Sail her full and by Petty Officer Heuer!

It is with heavy hearts that we enter into the log the crossing of the bar of Skipper's Dad, Capn Jack. He taught us all he knew about all things Sunfish, O'Day, Drascombe, canoe and kayak. He also taught Skipper how to putty, to this day she would make a great bank robber because the putty stripped the top layers of skin off of her fingers. We are sure that he will continue to whisper in our ears with his sailor buddies Hazelwood and Lt. Hunter, watching and laughing from above. Thank you for your service Petty Officer Heuer, we have the watch. 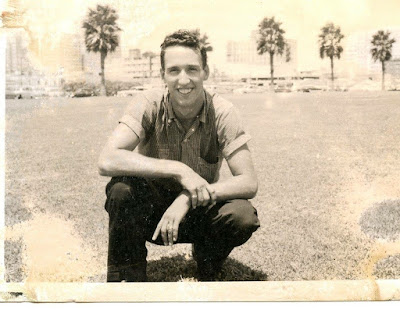 Jackie Dean Heuer of Pensacola, Florida crossed the bar on April 18, 2018 at the gentle age of 80. Jack was born in Wyanet, Illinois on August 8, 1938 to Harold and Grace Heuer. He had a short, cold career as a newspaper boy and graduated from Wyanet High School in 1956. He served in the Navy as an Aviation Structural Mechanic (Hydraulic) and achieved the rank of Petty Officer 3rd Class, finishing up his 3 year, 11 month and 8 day tour at Naval Air Station Corpus Christi Texas. During his time in the Navy he flew as flight test aircrew and observer, and was awarded the Navy Good Conduct Medal. In 1958 he married Adrienne Nelson and they had 4 children, who they raised in Corpus Christi. Jack had a long and successful career in Corpus Christi with Hoechst Celanese and retired as a Department Head from the Technical Center.

Jack loved canoeing and sailing and taught many others the joys of messing about in boats. He built a sailboat with his family and friend Hazelwood, and owned several classic boats, including the Sunfish, DaySailer and Drascombe Lugger. He was an accomplished square dancer and photographer, and was most entertaining when picking banjo and guitar.

A private ceremony will be held at the Barrancas National Cemetery at Naval Air Station Pensacola Florida.

Jack and crew built a PETREL in the early 70s and named her ADRIENNE. They gathered parts each payday and his buddies at the plant MIGHT have made a few of the bits out of high grade stainless on night shift :) 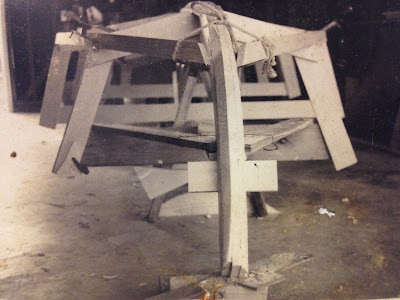 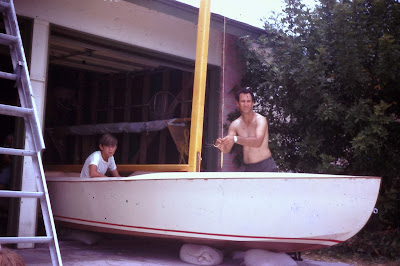 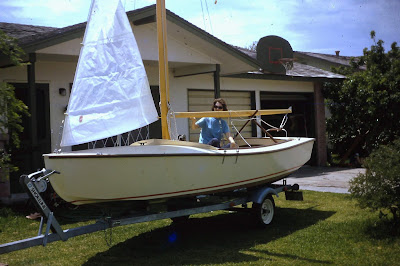 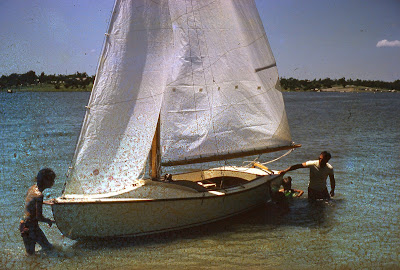 About the same time he experimented with a sailing canoe. He designed the rig for a Grumman 17 double ender, fabricated the spars, leeboards and rudder and Ms Adrienne cut down a Sunfish sail for it. It made several trips to fun sailing spots. 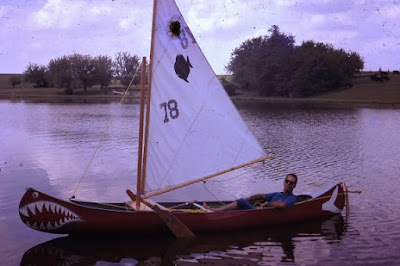 Jack taught his buddy Tom to sail and together they commissioned a 1980 Drascombe Lugger, ONKAHYE. Tom transferred Command of ONKAHYE to Jack in 1982, and Jack transferred Command of Skipper in 1994. Together we have had fun sailing with family and friends, from Corpus Christi Bay, to Oceanside Harbor and the Pacific Ocean, Senators Wash off of the Colorado River by the Imperial Sand dunes, Marine Creek Reservoir, Lake Ray Roberts and Lake Worth near DFW Metroplex, and the Pensacola area. 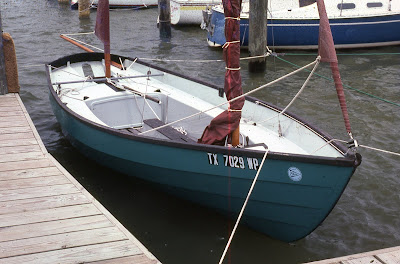 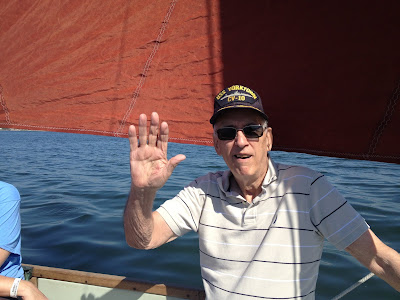 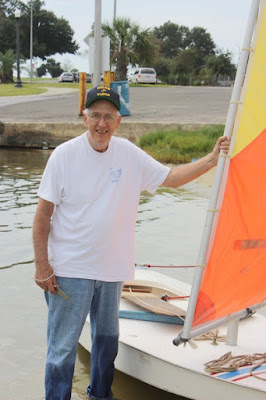 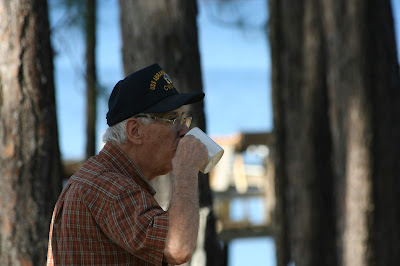 Capn Jack testing out the dodger on ONKAHY circa 1982, Corpus Christi T-Heads. 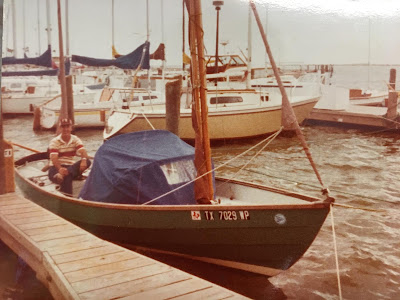