Small Boat Restoration is a family hobby adventure specializing in small boat sailing and restoration. Our focus is on restoration of classic Sunfish sailboats, with our mission being to return as many small boats as possible to their natural habitat. Our goal is to inquire, inform and inspire others to do the same. Some folks would call us "boatstruck" but we get energized by wind, water and messing about in boats.

"Believe me, my young friend, there is nothing — absolutely nothing — half so much worth doing as simply messing about in boats." (The Wind In the Willows, Grahame). 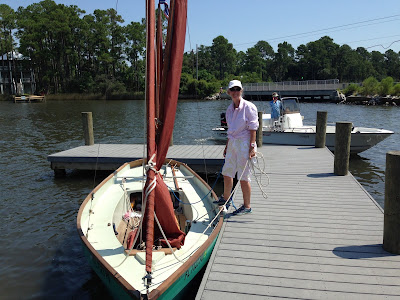 Skipper has been sailing since she was a kid and Captain Clark has been knocking rust off of trailers for a while. The family started off with the homebuilt 16 foot sailboat ADRIENNE, then the Drascombe Lugger ONKAHYE in 1980, added the 1965 Alcort Sunfish WAVE in 1994, and has grown the fleet since then. 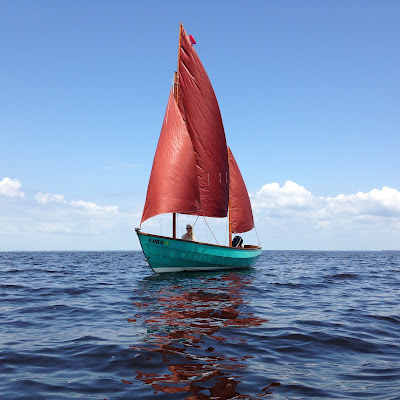 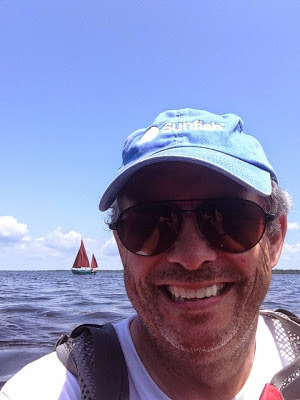 2019: Alcort wooden Super Sailfish ZSA ZSA restoration complete and wooden Alcort Sunfish CHIP as well. Gave a presentation at the Herreshoff Marine Museum on the U. S. Navy's Flying Boat NC-4, the first aircraft to cross the Atlantic in 1919.

1953 wooden Alcort Sunfish Zip, number 13 of first 20 pre production Sunfish, given out to family and friends of ALCORT. 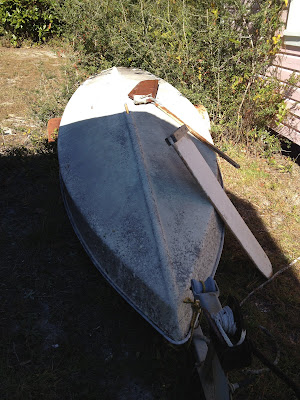 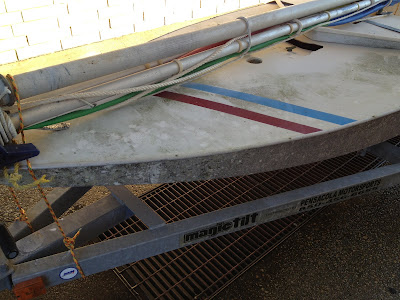 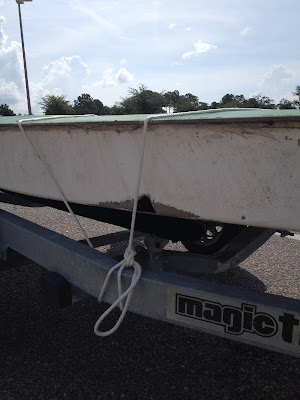 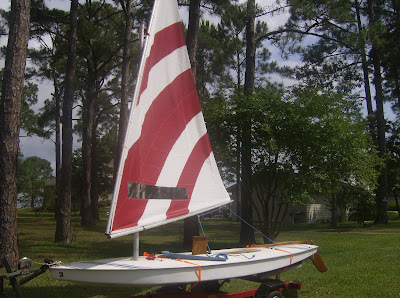 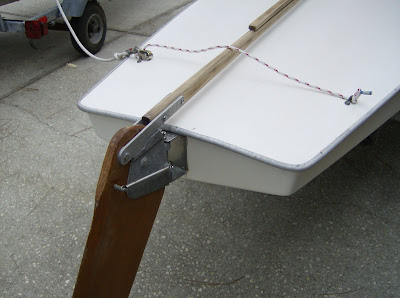 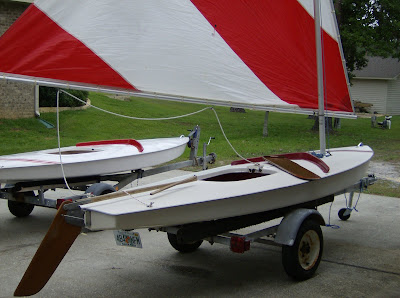 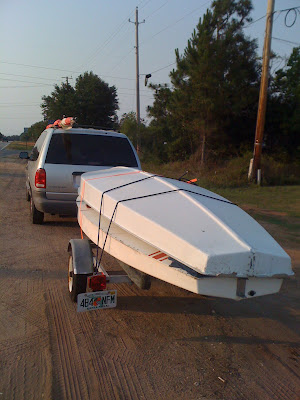 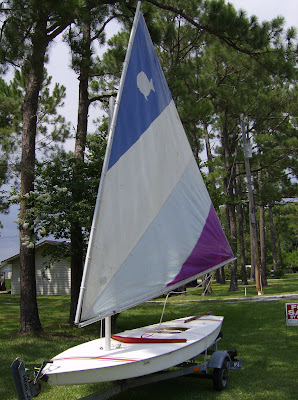 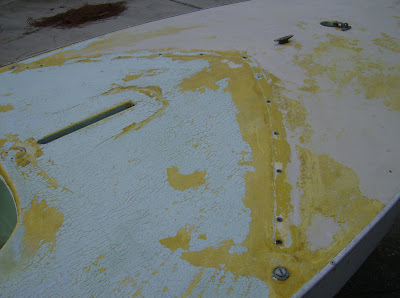 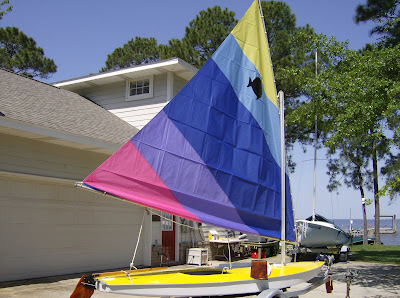 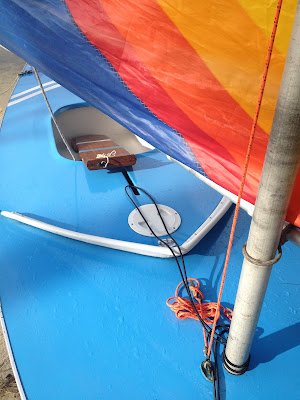 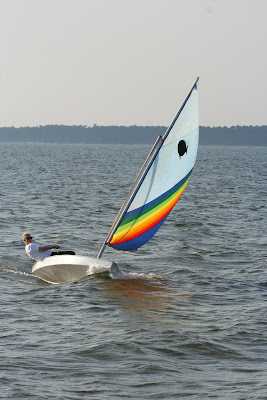 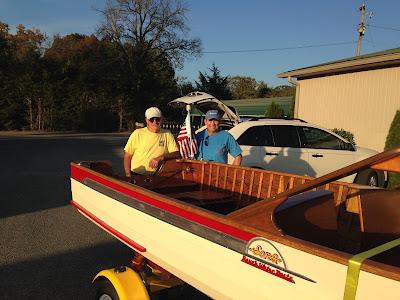 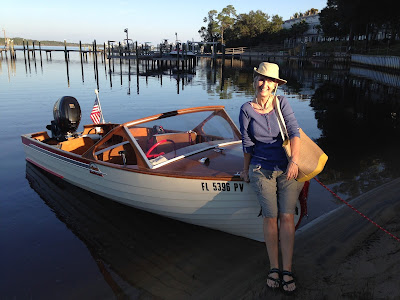 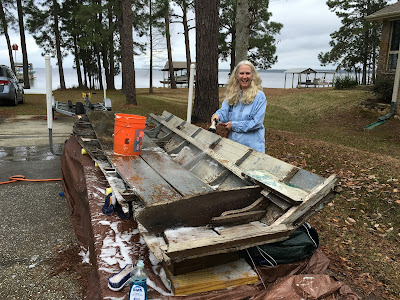 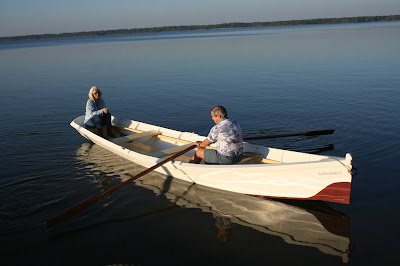 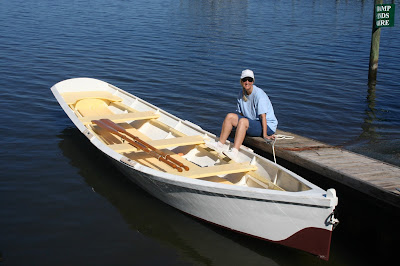 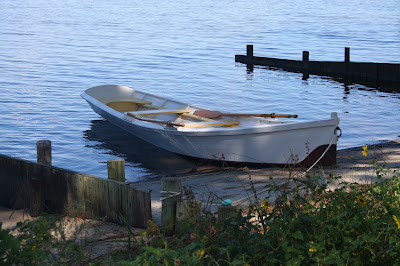 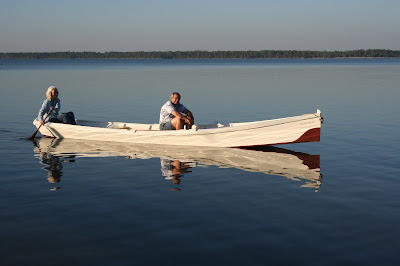 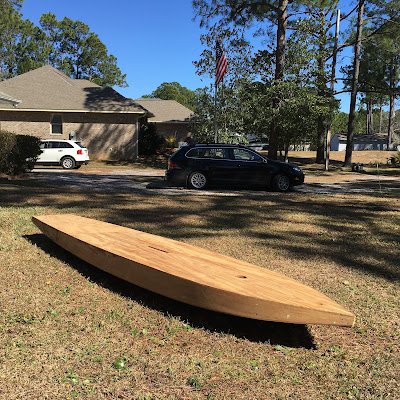 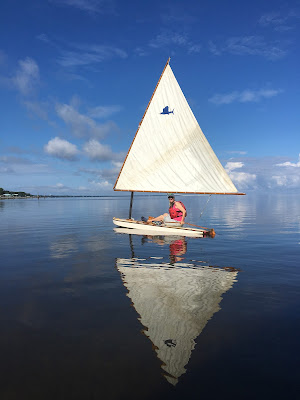 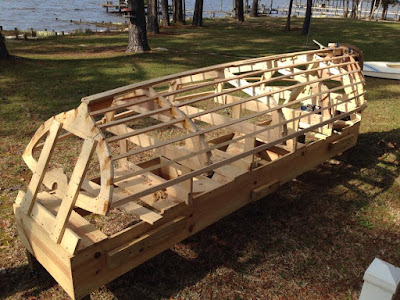 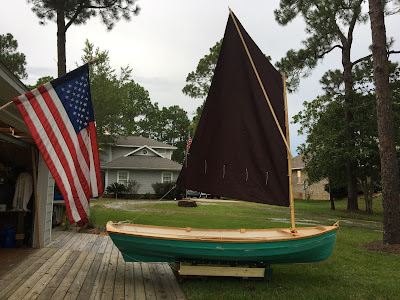 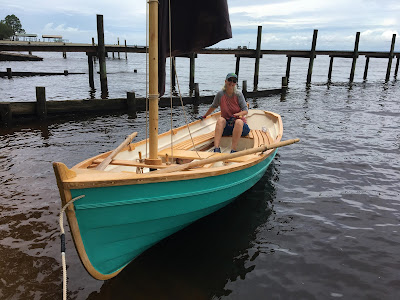 Sea Rat from Wind In The Willows (Grahame).

"There, sooner or later, the ships of all seafaring nations arrive; and there, at its destined hour, the ship of my choice will let go its anchor. I shall take my time, I shall tarry and bide, till at last the right one lies waiting for me, warped out into midstream, loaded low, her bowsprit pointing down harbour. I shall slip on board, by boat or along hawser; and then one morning I shall wake to the song and tramp of the sailors, the clink of the capstan, and the rattle of the anchor-chain coming merrily in. We shall break out the jib and the foresail, the white houses on the harbour side will glide slowly past us as she gathers steering-way, and the voyage will have begun! As she forges towards the headland she will clothe herself with canvas; and then, once outside, the sounding slap of great green seas as she heels to the wind, pointing South!

And you, you will come too, young brother; for the days pass, and never return, and the South still waits for you. Take the Adventure, heed the call, now ere the irrevocable moment passes! 'Tis but a banging of the door behind you, a blithesome step forward, and you are out of the old life and into the new! Then some day, some day long hence, jog home here if you will, when the cup has been drained and the play has been played, and sit down by your quiet river with a store of goodly memories for company. You can easily overtake me on the road, for you are young, and I am aging and go softly. I will linger, and look back; and at last I will surely see you coming, eager and light- hearted, with all the South in your face!"