We collect all things Alcort and acquired these 1960s advertising bits recently.

1963. Wooden and fiberglass Sailfish and Sunfish were available, both factory built and in knock down kits. 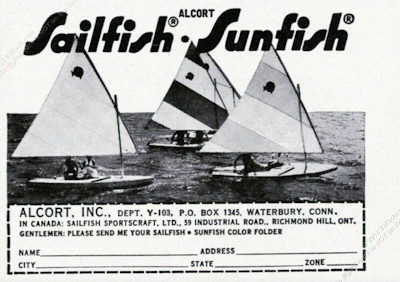 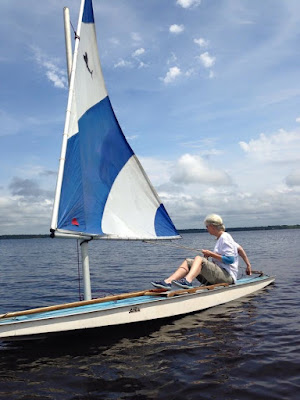 1967. Seems the Catfish is part of the lineup now, Alcort's first catamaran. Note how high the rigs are, what we call nowadays "The Geezer Rig." 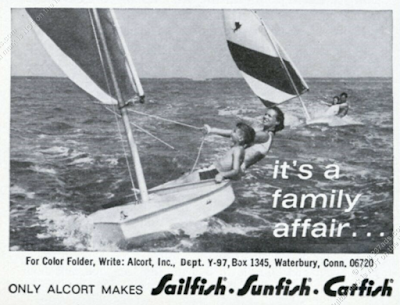 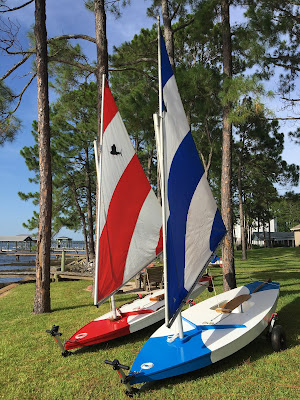 Here is our Catfish SMEDLEY, expertly handled by Skipper. 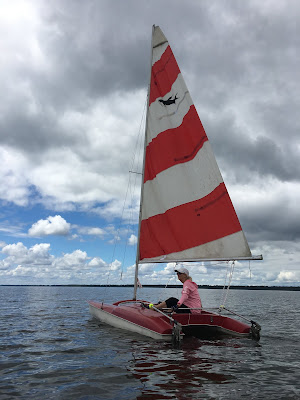 1969. Skipper promises to get me one of those straw hats. AMF appeared on the scene this year and acquired Alcort, and the Catfish disappeared. 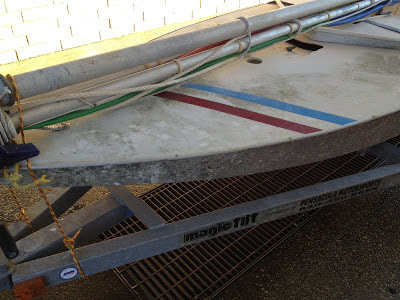 BUD got spruced up with new deck paint and double double stripes, and a custom sail from Hunter at Schurr Sails Pensacola. Her sister ship is 1981 AMF Sunfish MADISON with another Hunter creation. 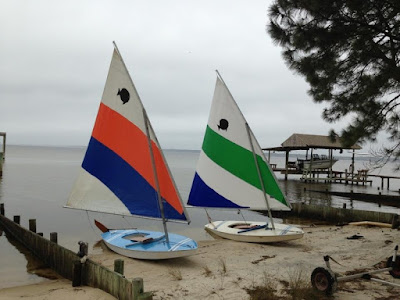 Sea Trials for BUD, Skipper trying to splash me. 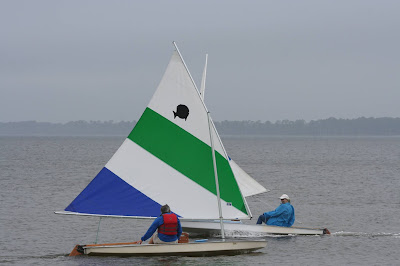 Flight of two, Skipper is the Section Lead. 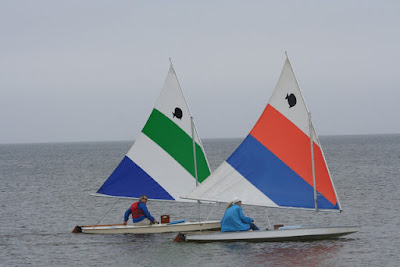