Skipper has repositioned to her Mid Atlantic HQ and she called for her Flagship Drascombe Lugger ONKAHYE to be hauled next. ONKAHYE hitched a ride behind Big Orange II, she rode great on the custom trailer that Eddie English built for her. 13 inch radial tires and a nice galvanized frame kept ONKAHYE safe for the 900 mile move. Never hurts to have some Gorilla Tape handy either. 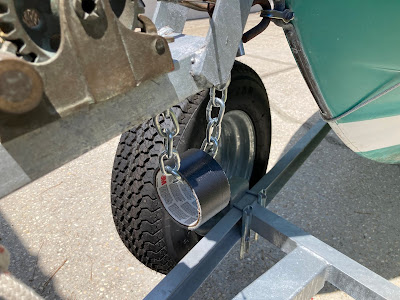 Once again we were comforted by having nice LED lights on the trailer frame and guide posts, to keep tailgaters at bay. We ran out of time to finish ONKAHYE's new cover, so the 25 year old duck cloth cover was pressed into service for another run. Skipper sewed the cover on her vintage Singer treadle machine back in 1996, it has travelled over 5000 road miles now, Gulf Coast to Pacific, back to Gulf coast and now the Atlantic, and has a few years of service in the gentle Arizona sun. 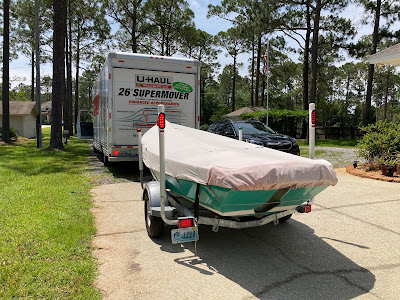 Sunrise in the Carolinas. ONKAHYE safe and snug under her cover... 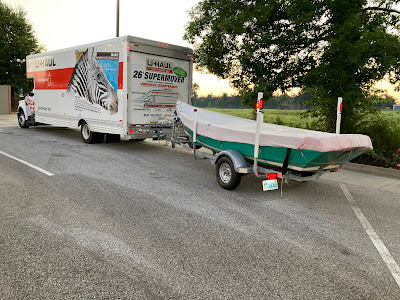 ...and she claimed her rightful spot in her new garage. 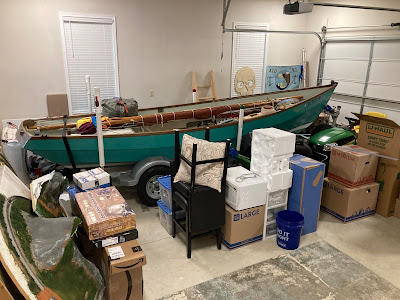 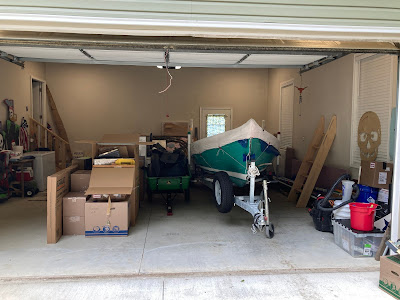